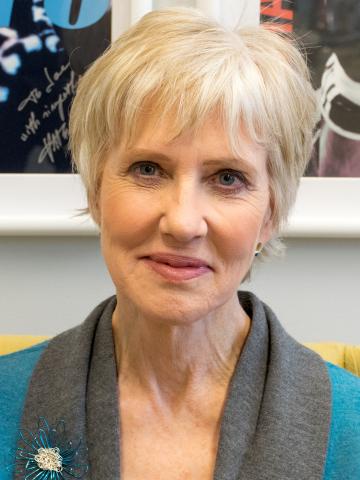 Katherine is a lifelong independent film fan and was delighted to find the Coolidge when she relocated to Brookline from the Detroit area in 1987.  She was a long-term member of the Board of Directors, prior to her appointment as Executive Director in 2013, and is honored to work with a talented and committed staff and board to lead this nationally prominent and vital cultural arts and community center now and into the future.

Katherine’s prior professional experience includes leadership positions at financial services firms and nonprofit organizations. She is a Certified Public Accountant, has an MBA from the University of Detroit, and is a member of the Board of the Art House Convergence. 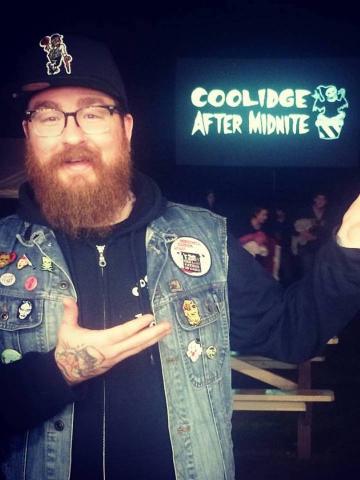 A lifelong cinephile, Mark landed in Boston and immediately fell in love with the Coolidge Corner Theatre during a midnite screening of Alejandro Jodorowsky’s El Topo. His mind was blown, and he knew he had to do anything within his power to keep the Coolidge weird. Wielding his completely unsafe knowledge of genre films, he was appointed to the position of Program Manager. Mark’s many duties at the theatre include: programming, promoting, and pulling off the Coolidge After Midnite film series, curating the Annual Halloween Horror Movie Marathon, and co-programming the Coolidge's various repertory signature film series'. In 2014 the Boston Society of Film Critics awarded the Coolidge After Midnite a special commendation "for its idiosyncratic programming and remaining dedicated to 35mm exhibition". Boston’s NPR station has said of him, “It’s an understatement to say that Mark Anastasio knows horror movies. This guy knows horror movies the way Ted Williams knew hitting and Stephen Hawking knows physics.” Mark has served as a juror for film festivals such as The Independent Film Festival of Boston and the Boston Underground Film Festival. He has been a featured speaker on the subject of midnite movies at the Arthouse Convergence, and has written for numerous film sites, horror zines, and has even tweeted once or twice.  Mark can be found on stage at the Coolidge each week introducing something strange and wonderful. 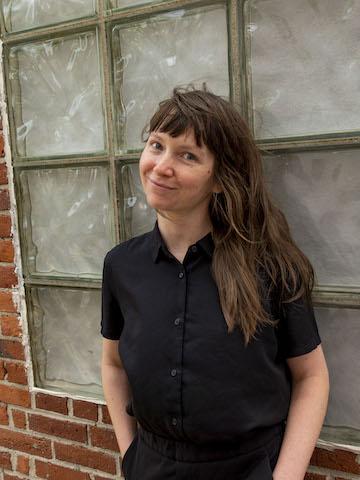 Sarah grew up in Woburn, Massachusetts, and has lived in Allston since 2003. Before joining the Coolidge’s Foundation staff she was a member of the box office staff, and continues to work on the floor. In the Foundation offices she handles proof-reading, outreach, email marketing, and donation requests. She enjoys novels, Boggle, and hiking. 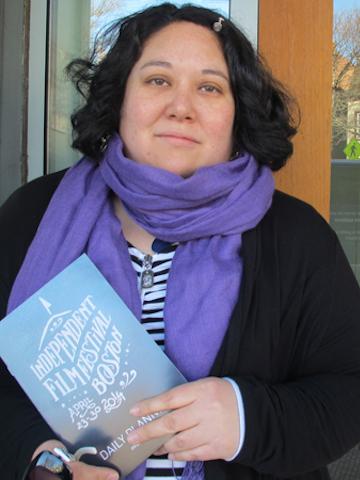 For nearly twenty years, Nancy Campbell has been dedicated to the exhibition of independent and foreign films in the Boston area. Since 2004, she has been on the staff of the Independent Film Festival Boston (IFFBoston) and is currently the Program Director. She serves on the board of the Chlotrudis Society for Independent Film. For the past 10 years, she has worked as the Theatre Manager the Coolidge Corner Theatre. She has sat on the juries for festivals including New Orleans Film Festival and Boston Latino International Film Festival. Nancy is a graduate of Emerson College. 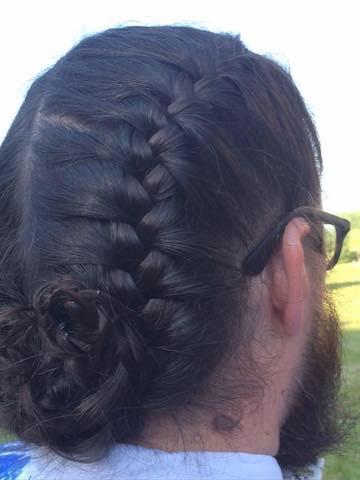 Hailing from North Yarmouth, Maine, Drew Dixon has lived in Boston since 2008. He attended the Massachusetts College of Art and Design, majoring in Photography. Before becoming The Coolidge’s office manager, he was a dedicated member of the box office staff. He is equally the fan of trashy reality television and avant-garde films. 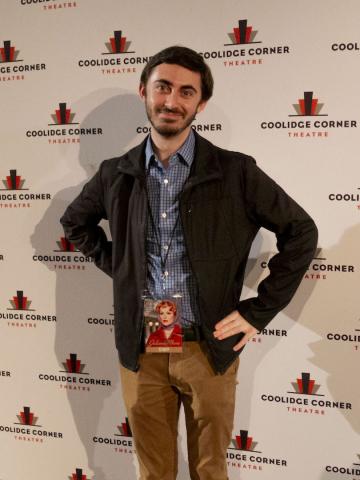 Born and raised in the Bay Area, Wesley Emblidge came to Boston in 2013 to study film at Emerson College. During and after his studies Wesley immersed himself in the Boston film scene, interning at the Brattle Theatre, working for the Bright Lights Film Series, and volunteering at the Independent Film Festival Boston, the Boston Underground Film Festival, and the Boston Jewish Film Festival. Along with working at the Coolidge, Wesley is also the Social Media Coordinator for IFFBoston. He has also written extensively about Hollywood films of the 1940s on oldhollywoodtimes.com, a website he began as a student. 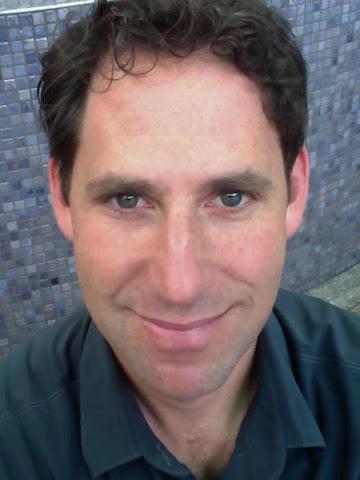 Matt is a media maker and software developer. This unique combination of skills has led him along a diverse and often unexpected career path.

Since 2009, Matt has been thrilled to be the Director of New Media for the Coolidge Corner Theatre, where he gets to use both the technical and creative sides of his brain. Over his years with the Coolidge, Matt has been responsible for managing all non-projection technology for the entire organization and has done extensive custom software development, data analysis, operational consulting, and project management. His recent work on CinemaTec -- a technology-based educational tool that uses film as a portal into humanities content -- is particularly exciting and an exceptional fit for his skills.

Matt has also served as an independent technology consultant for several organizations, including MIT's Media Lab, PBS, Sesame Workshop, 2020 Women on Boards, and Hannah Street Consulting. From 2001-2008, Matt lived in Chicago where he served as Chief Software Architect for OpenMake Software and helped build the small, home-based startup into an internationally recognized leader in software build management technology. While Matt was with the company, OpenMake Software received the prestigious Jolt Product Excellence Award and was included in SD Times top 100 software products.  Matt has taught and presented at numerous conferences, including Java World, Microsoft TechEd, and IBM Software Conference. He has also been published in several prominent technology magazines, such as Java Developer's Journal, Doctor Dobb's Journal and SD Times.

When not making children's media or writing software, Matt works diligently to advocate for quality public education in Providence, RI, where he lives with his wife and two boys. 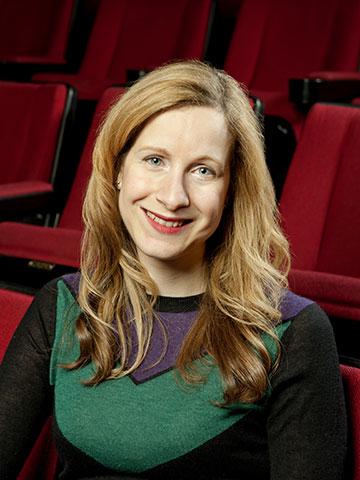 Beth Gilligan relocated to Boston in January 2009 to join the Coolidge Corner Corner Theatre Foundation and currently serves as the Director of Development & Marketing. Prior to that, she worked for several years for the Hamptons International Film Festival, where she oversaw marketing and development initiatives (including the Alfred P. Sloan Foundation Film & Screenwriting Program), and continues to serve as a Festival Consultant. She has also served as an editor of the film website Not Coming to a Theater Near You, and contributed film reviews to Tribeca Film Institute publications.

Since joining the Coolidge, she has played an active role in the Art House Convergence (an annual conference of independent cinemas, presented in conjunction with the Sundance Institute), participating on the Leadership Committee and as Head of the Marketing Committee. Beth received a M.A. in film studies from the University of East Anglia (United Kingdom) and a B.A. in English Literature from Trinity College (Hartford, Connecticut). 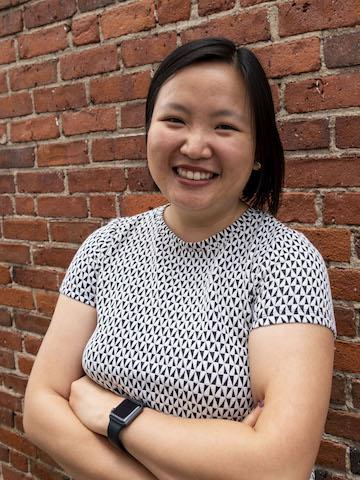 Stephanie Gozali is a nonprofit professional and passionate advocate for the arts and culture. Raised in New York City, Stephanie is a graduate of Columbia University, where she received her BA in Sociocultural Anthropology and Jazz Studies. Stephanie previously worked for the Central Park Conservancy where she was responsible for managing its Adopt-A-Bench and Tree Trust programs. She has held internships in the areas of fundraising, programming, and marketing at Lincoln Center for the Performing Arts, the New York Pops Orchestra, and the Margaret Mead Film Festival at the American Museum of Natural History. Stephanie relocated to Boston in June 2019 to join the Coolidge Corner Theatre Foundation and currently serves as its Development Officer. 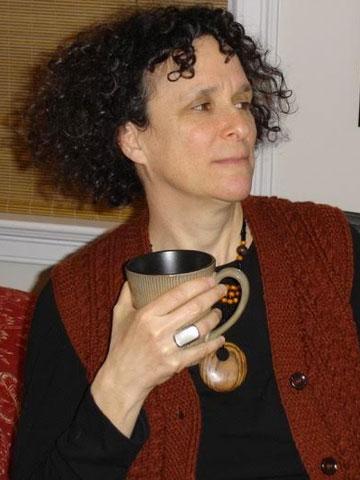 Marianne has over two decades of professional experience in promoting and showcasing independent cinema and has worked with the Coolidge team since 1996. From 1986 to 2001 she co-owned the landmark Brattle Theatre in Cambridge, Massachusetts and developed a national reputation for high quality and distinctive film programming, marketing and publicity. The Brattle won over 50 awards during this period and became one of the highest grossing and most respected repertory movie screens in the world.

From 1993 through 2003 Marianne co-founded and produced the Boston International Festival of Women's Cinema, which emerged as a leading showcase of commercial and independent works by women. She helped to launch the Provincetown International Film Festival (PIFF) in 1999 and became the festival's Director of Publicity through 2005, garnering major media coverage in numerous regional and national outlets. Marianne was a recipient of the prestigious Image Award for Vision and Excellence (2000) from Women in Film and Video/New England.

She continues to offer marketing and publicity services with a specialty in promoting independent cinema, the arts, and the preservation of theaters as cultural flagships of the community. She currently divides her year between the Boston area and Cape Cod, where she enjoys a balanced life of gardening, renovating Cape Cod cottages, and spending time with her partner, family and friends. 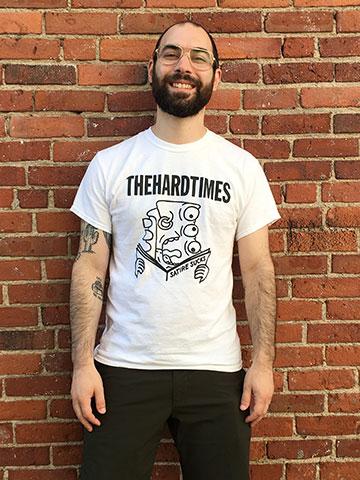 Nick Lazzaro grew up in central Vermont. Driven by his love of horror, science fiction, and cult movies, he moved to Boston to pursue his interests in film and the arts. At the School of the Museum of Fine Arts and Tufts University he earned a combined BFA and Studio Art degree with a focus on Film History and Video Production.

He worked as a freelance editor and performed with Kaiju Big Battel for several years before joining the Coolidge Corner Theatre. A musician at heart, he is a trained percussionist and an avid music geek. 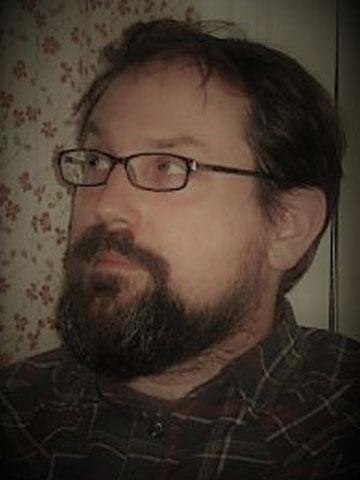 Andrew has worked at the Coolidge for over two decades, beginning as a member of the Box Office staff before being hired to the Theatre Manager position, and then promoted to Director of Operations. Andrew is a contributing member of the CCT Facilities Committee, and has assisted with and taken on significant roles through several major renovations of theatre spaces. Andrew has a broad knowledge of foreign and genre film, and is an occasional illustrator and writer. He holds a B.A. in Art from Connecticut College. 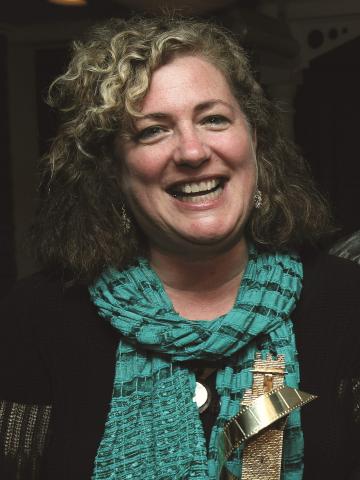 Connie White’s Balcony Booking provides film-buying services for more than two-dozen of America’s finest art-house and independent cinemas, with the Coolidge Corner Theatre at the top of the roster. Signing on in 1996 with the then-struggling Coolidge, White’s programming skills, in consort with an evolving, dynamic staff and board, helped to shepherd Brookline’s beloved institution to become what is now one of the nation’s highest-grossing art houses.

Following her departure as founding Artistic Director of the Provincetown International Film Festival (1999 to 2016), White is now Programming Director for Virginia’s prestigious Middleburg Film Festival, among other national festival roles.

A founder of the Art House Convergence and former Sundance Film Festival Jury member, Connie continues to serve as consultant to the Sundance Institute.